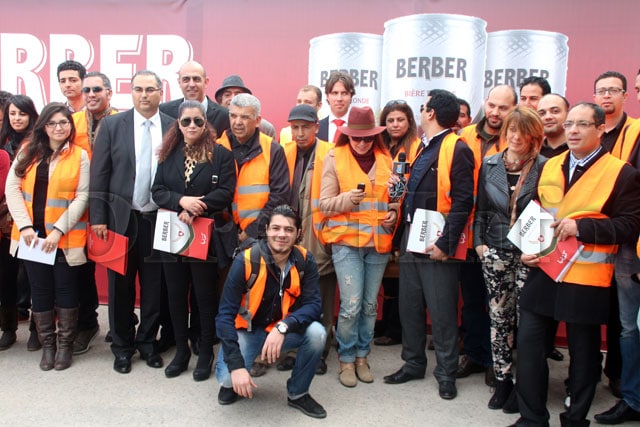 Tunisia has its own beer brand! Zuzana Zeleznikova, the manager of Sonobra group, one of the big actors of refreshing and alcoholic drinks production, announced the marketing of Berber beer.

Berber is a lager, the name of which was inspired by Tunisian consumers. Its flavor: a rich, marked and pleasant bouquet. The design proudly raises the colors of the country while combining Tunisian origins and modernity.

Zuzana Zeleznikova declared to the press: « the launching of a new Tunisian beer by our group required several months of research, tests and development; what allowed us to end up with a good recipe, to define its name and to design its modern packaging. The launching of this new brand of Tunisian beer also reflects the dynamism of our group, its innovation and its commitment to still invest more in Tunisia ».

For the first time in Tunisia, consumers followed the composition of this alcoholic beverage.

This beer also aims to be accessible for its price adapted to Tunisians purchasing power: only 1 dinar and 100 millimes.

It will be available in cans of 24cl at the retailers as well as in hypermarkets.

The group is delighted at this launching and reminds: « Sonobra always believed in Tunisia, for proof, the 60 million dinars invested since its creation and with more than 25 million dinars of additional investments planned between 2011 and 2012, we still hope to show that we believe even more in its future ».

Tunisians would consume on average 493 000 cans and beer bottles and 109 000 wine bottles daily according to Mohamed Bechikh, chairman of the Chamber of alcoholic drinks: « the consumption of wine increased by 17 % these last months. 1 700 000 Tunisians would consume alcohol while the country counts a little less than eleven million inhabitants. »

According to the prevention formula, to discover with moderation …