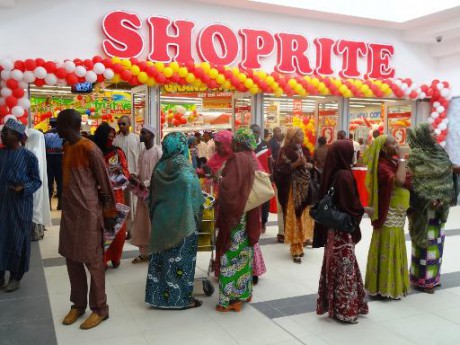 This is what the new Ado Bayero shopping mall cost. It opened last Thursday in Kano, the big city in the North of Nigeria which counts three million inhabitants.

The inauguration was a real popular success! Thousands of people attended the event!

Several big surrounding walls invested in this center of which the South African multinational of distribution, Shoprite, which invested 20 million dollars. The manager of the store Shoprite, Adulhakeem Abdulganiyu declared to AFP: « Kano, a commercial city, with its heavy population, offers many opportunities which we want to seize »

Adulhakeem Abdulganiyu is aware that violences can be a brake to the success of the project, but he is rather positive: « Violences do not have to prevent companies from settling down. If we continue to say that we cannot come because of the insecurity, we shall never move forward »

It is true as Mohammed Hayatudden, one of the owners of the shopping mall underlined it, the business stake is important: « Nigeria is a big country with a big market; that is why South Africa and other countries invest there ».