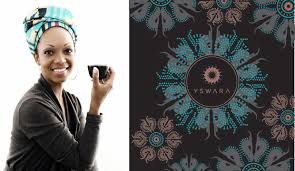 She belongs to the list of 20 women who make Africa by Forbes.

Things went so quickly in her career: she was the former manager of General Electric in the South of Sahara before launching herself in this new adventure in Johannesburg.

She entered as auditor in 2001 at General Electric and she quickly became the manager for sub-Saharan Africa from 2009 and under her management, African income of the American giant passed from 20 million to 300 million dollars (approximately 250 million euros) per year.

A great success for this French-Ivorian with well-made head: she conjointly got MBA of London School of Economics, university of New York and the School of Hautes Etudes Commerciales (HEC) (French business school) of Paris.

Risk is part of her life. She decided « to implant her luxury brand, Yswara in South Africa, by opening a first shop in Johannesburg then another one in Cape Town. And of course, she quickly aimed high: Nigeria then the whole continent via the digital and the mail-order sales via a Web site in the middle 2013.

« I was born in Ivory Coast; I grew up over there and in Liberia before exiling myself. But I always wanted to come back and create a company in order to develop the local ability. »

She told to Jeune Afrique magazine that she got this idea when she was student: « The idea of investing in tea bags manufacturing and distribution came to me during my MBA. I studied how the big French luxury brands as Louis Vuitton managed to protect and industrialize their cultural products. I started looking for a slot where it is possible to keep added value in Africa. Big amateur of tea, I naturally thought of this universe. I studied the strategy of groups as the French Marriage Frères, specialized in tea varieties said gourmets, missing in shops of the continent and I then found a growth area there »

She works with Rwandan and Malawian quality producers. In five years, she hopes to reach an annual turnover from 4 million to 6, 5 million euros. « It was my dream to get the real African luxury, to change world perception on Africa and to produce the luxury brand which is really African in its origins, its nature and its tradition. I reached a period of my career where I wanted to manage everything and I had the necessary skills, as well as a network to launch my own company and then achieve my dream. YSWARA was so created.

Swaady Martin-Leke is married with a Cameroonian. She considers herself as a citizen of the world: « if you ask me the simple question: « where do you come from? » You will not get a simple answer. I belong to no particular place, but I feel at home in many places. I was born in Ivory Coast of a French-Ivorian-Guinean mother and of an American – German – British father. I grew up in Liberia and in Senegal; I went to high school in France and in the United Kingdom. Today, I live between South Africa and Nigeria. I embody diversity; I am a citizen of the world, a « PanAfropolitan ».

She is proud to defend luxury on the continent: « I chose luxury industry because it is an industry with which we can transmit a culture and a strong identity. It is the image of a country, of the continent which we can present to the world. Africa is too often considered as a place of poor quality goods and lack of refinement. In most of the emerging markets (inclusive Africa), the quality of luxury small business sector is increasing. Our thousand years of culture, history, and ability of our heritage demonstrate that we can make more than producing home-made and « ethnic » « trinkets ».

Luxury industry is also an excellent vector of growth and champion of export. It generates numerous activities in a large variety of domains, including publishing trade, tourism, real estate, culture and education. »

We will very soon hear a lot about her again in one of these domains.