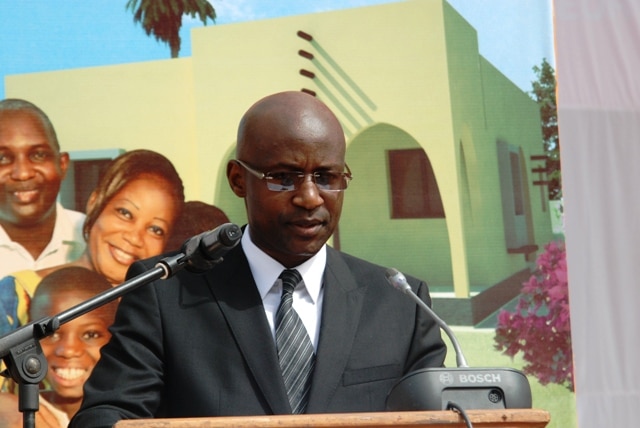 In Burkina Faso, the need in housing is very high. Government estimated at 30.000 the need in housing for the only city of Ougadougou. Endowed with skill great businessmen, Saïdou Tiendrébéogo, the boss of CGE-BTP specialized in public works, decided to invest in real-estate development. He will reach his objective with the creation CGE Real estate, a subsidiary of his group. The company made a commitment to build 1500 housings that are already being sold.

Engineer by training, Saïdou Tiendrébéogo could live peacefully his life in Europe in the French company of BTP that employed him. However in 1999, he decided to return into Burkina Faso to launch his own business. His very first contract was the building of the station of Douna.

« Tha work site was at 400 km far from Ouagadougou. I remember that the day I signed the contract of this work, I could not sleep that night for fear that they could change their mind the following morning. But we did good job », he said with the smile.

Today Saïdou Tiendrébéogo is no more afraid of anything. He is challenging big multinationals in their countries. CGE-BTP got the contract of the realization of a four-track highway of 20 km. This ambitious work was within the framework of the project Abidjan – Lagos which aims at connecting West Africa capital cities.

« We want to make of it a showcase of an African company which knows how to do motorway works. After two years, we shall have a reference of a motorway project in our technical references », declared Tiendrébéogo who revealed the secrets of his success. « Very early we knew how to work on the background of a big company; the respect for the customer, development of professionalism, emphasizing on the capacities of CGE to realize works », he explained.

Today, the company of Saïdou Tiendrébéogo is present in six countries of West Africa (Mali, Togo, Senegal, Niger, Burkina Faso and Benin). He intends to set up his networks in Nigeria and in Guinea