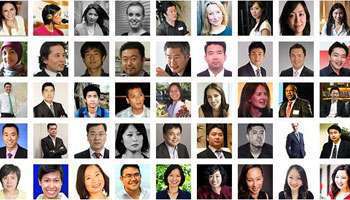 They are 20 and they are less than 40 years old. They are already successful and a bright future still awaits them!

The world economic forum has just revealed the list of the « young world leaders ». They were at first 214 to have aspired to this classification. 19 came from sub-Saharan Africa and three of the Maghreb.

A communiqué indicated: « They have in common this skill of how to adopt an entrepreneurial approach in order to create and build the changing »