dernières nouvelles
Accueil / Top News / 45th summit of ECOWAS: Towards the adoption of a single currency 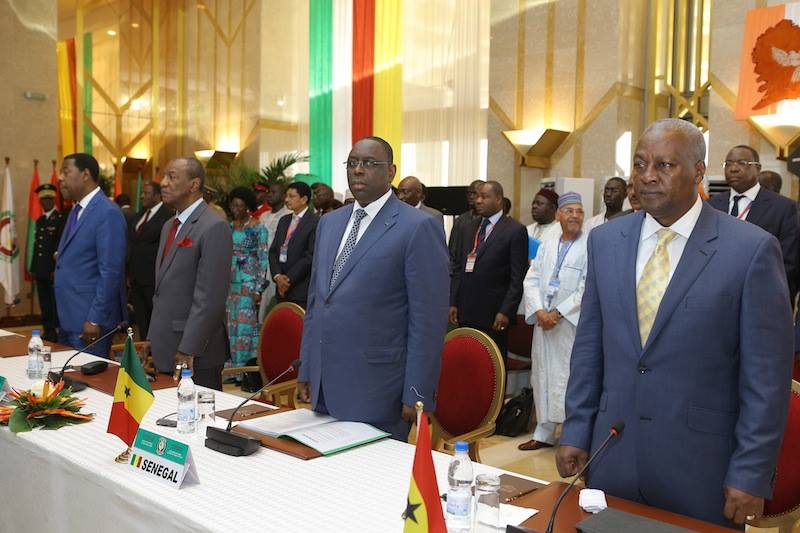 45th summit of ECOWAS: Towards the adoption of a single currency

The works of the 45th summit of the Heads of State and governments of the Economic Community of West Africa States (ECOWAS) will be held in Accra (Ghana) on 10th and 11th July 2014. Among the themes that will be discussed during this high-level meeting, appear at the right place, the adoption of a single currency by the member states of the community.

In order to assure an economic growth of the member states of the ECOWAS, the question of the adoption of a single currency will be evoked during the works that begin on Wednesday in Accra. This new measure will also facilitate the integration so desired.

The economic partnership with the European Union and the examination of the report on the main activities and the projects of the Community during the first half of the current year will also be discussed within the framework of these works.

The sociopolitical current event in Mali and in Nigeria marked by violence will also be on the agenda. Finally, the Ebola fever that is doing panic in the sub-region will hold the attention of decision-makers.

For this year, the ECOWAS invited presidents of sister countries as the Mauritanian Mohamed Abdel Aziz, serving president of the African Union, the Chadian Idriss Déby Itno and the Cameroonian Paul Biya.

Created in 1975, the ECOWAS includes at present 15 countries (Benin, Burkina Faso, Cape Verde, Ivory Coast, Gambia, Ghana, Guinea, Guinea Bissau, Liberia, Mali, Niger, Nigeria, Senegal, Sierra Leone and Togo). Its mission is to promote the economic integration in all the domains of economic activity. It is chaired by the president of Republic of Ghana, John Mahama.