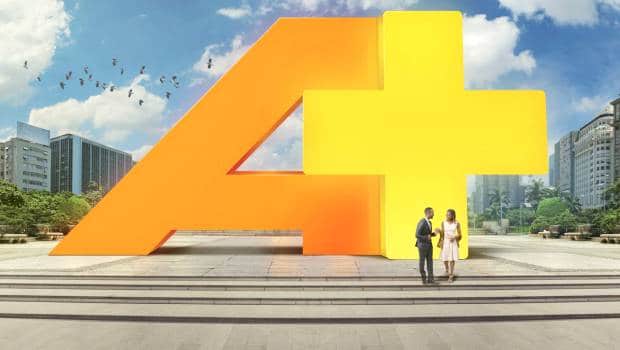 A+: successful test, the new channel starting its programs next 24th October

Broadcasted in more than 20 countries of Africa, A+ is the new entertainment TV channel that has just joined the universe of offers by Canal+. It aims to be a channel 100 % African.

The program schedule is planned for this Friday, 24th October.

This official starting up will occur after a successful lasting days test, according to the promoters.

Having for slogan, « The great African channel« , A+ promises local series, entertainment and particularly African cinema.

Key programs will be Negro colored versions, known reality shows, as « Island Africa Talent« , diverse musical competitions for the discovery of « new stars« , « Master Chef » that will put in competition cook apprentices or « Blackamorphose« , adaptation for Africa of a relooking program well-known for those who follow Canal+ channels.

A+ intends to present series and English-speaking movies, Nigerian and Ghanaian cinema translated into fluent French, and that currently make the success of Nollywood.

A+ will also fetch from South African production home as well as Portuguese-speaking and Afro-American cinematic productions, dubbed into French.

We especially expect a new version of « Ma famille« , Ivory Coast series idol in French-speaking Africa. Baptized « Ma grande famille« , the new naming will be realized by the Ivory Coast actress, Loukou Delphine known under the name of Akissi Delta.

Available in Africa since 2011, Canal+ Africa that continues its development on the continent, is more committed in its strategy of local integration aiming at offering contents adapted to the middle class of the rapidly growing continent.

On the African broadcasting scene marked by amateurism, lack of means, rigorous and creativity, while its public is more and more demanding, the new Pan-African channel is absolutely sure of big success.

According to Damiano Malchiodi, manager of A+ channel, the purpose would be to bring televiewers towards the production of French-speaking Africa that represent Africa in Africa and outside of the continent. The latter supports that « French-speaking African talents exists, they should continue to develop« .

For this purpose, TV series will take 60 % of the program schedule besides fiction and entertainment and « pessimism » is automatically excluded by its promoters.

« It is a channel that does not deal about problems, but about all that goes well« , underlined Malchiodi.

« A » as « Africa » and « + » symbol of « Canal+ », A+ places its orange and yellow modern logo under the seal of positivity, desire, entertainment and pleasure to share programs 100 % African.