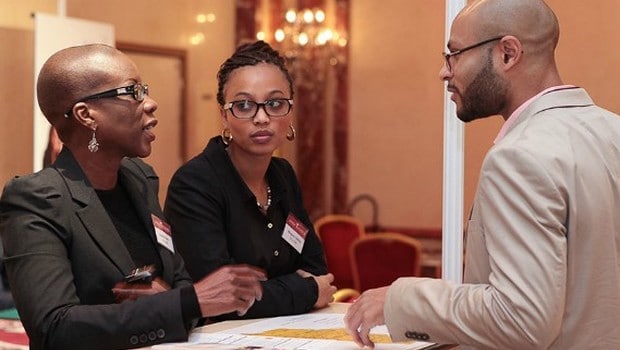 Afric Talents 2014: Abidjan and Paris wecoming the next editions

After the fair of Dakar held on 21st and 22nd March 2014, Abidjan (on 19th and 20th September 2014) and Paris (28th November 2014) are the next destinations of the Afric Talents Forum, As Africa Top Success reported it earlier, the meeting mobilizes big companies that operate on the continent and the young graduates. It has for objective to accompany candidates, regardless their origin, will to put their skills at the service of the continent. More than about ten big companies are announced for each of these meetings.

The participation in the Afric Talents Forum is subjected to strict conditions. The shortlisted candidates will participate in a session of recruitment to allow participating companies in the event to be in front of candidates who comply with the required profile. The list of the failed candidates during the forum will be published on the official site of Afric Talents.

More than 1000 young graduates and experimented executives are expected at every forum.

Created in 1999, Afric Talents was organized for the first time in Paris before extended to other big cities as Dakar, Washington and Bamako. The concept helped thousands of African young people to find short term jobs or internships.