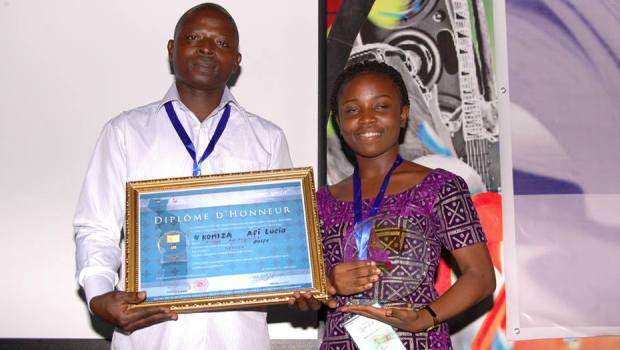 The young Togolese (17 years old), Miss Lucia Afi Komiza won on Saturday, 30th August 2014, the first edition of the « Livre d’Or 2014 » Trophy. Organized by the ASRO NGO (Social Assistant and Reintegration of Forgotten People) in association with the Beninese Ministry of the Secondary Educations and Technical Training, the competition gathered finalist candidates from Benin, Congo, Senegal and Togo. The Togolese Lucia Komiza, the prize-winner in the category of Senior won an envelope for one million FCFA with a golden trophy and a laptop.