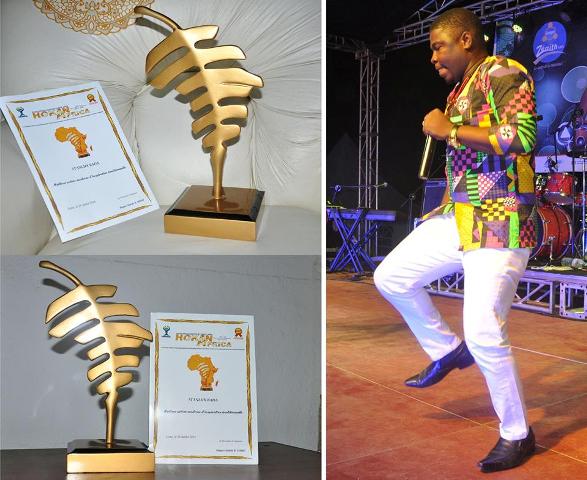 Prizes of excellence, HOKAN trophies (effort in English) create in 2002 in Benin, are awarded to people who excel themselves through their skills in various business sectors.

During the ceremony, various other personalities as the Togolese Head of State, the CEO and founder of Aimes Africa, Dr Michel Kodom, Bassabi Kagbara, the chairman of the BK University group, another Togolese artist of music, Vanessa Worou and the humorist Gogoligo, were also rewarded.

Komi Apélété Bada alias Stanlux Adab makes the Afro World Music and tradition. He remains today the torchbearer of the Togolese music that he promotes outside the country through his melodies; he knows well how to defend the colors of Africa. He has two albums to his credit.

Full biography of the artist in our next publications.