dernières nouvelles
Accueil / Country / West Africa / Ivory Coast / Back to the root: Magic System on African in May 2015 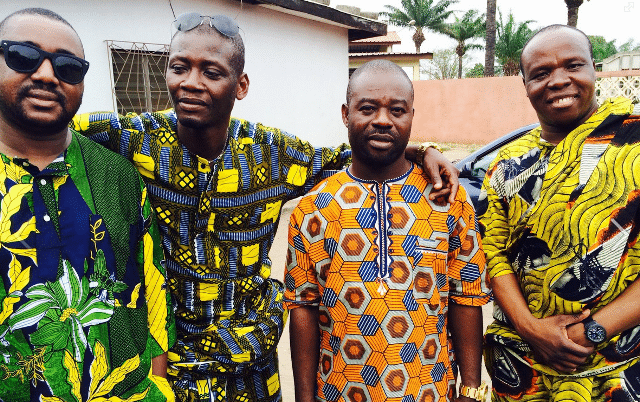 Back to the root: Magic System on African in May 2015

The famous Ivory Coast group, Magic System, will begin from May 2015, a big African tour, announced last week on RFI the leader of the group, A’Salfo.

They will so present in several countries as Mali, Ivory Coast, Cameroon or Togo. A piece of news that should delight the numerous African fans of the « magicians ».

In spite of their lightning success, the Magic System group is often criticized and accused of making a too commercial and too much Europeanized music and forgetting their real origins, the African continent.

With their last album entitled Africainement vôtre, A’Salfo and his companions thus wish to show that they do not deny their history at all and that their first objective is to spread zouglou in all over the world.

«zouglou represents in Ivory Coast what rap is for France and for the USA», stated A’Salfo

And he supported that: « his main purpose is to deliver a message and Magic System wanted to combine peaceful messages to a more festive atmosphere by going in search of other musical styles ».

The Ivory Coast group thus continues to point out real problems of the society as immigration with their title « Mamadou« , while making their fans dance with the hit « Magic in the air« , that has become an unofficial hymn of World Cup 2014.

Described by the group as a « declaration of love to Africa » and an « invitation to travel and to opening« , this new album is common for Europe and Africa.

This next tour then joins the logic of linking both continents.