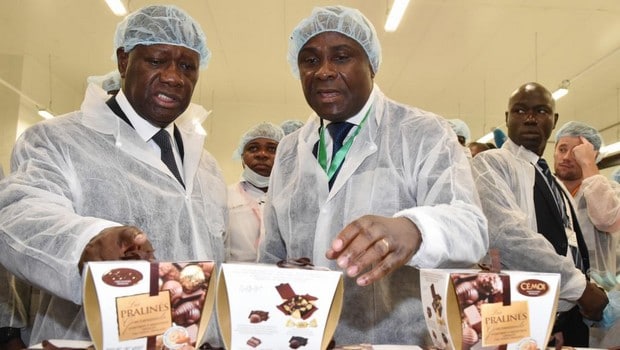 Ivory Coast: the world cocoa leader has its own factory

Ivory Coast is no more satisfied with its status of the world leader regarding cocoa production. The country of Alassane Ouattara also makes a commitment in the on-the-spot processing of its products. The first chocolate factory of Ivory Coast was opened last Monday in Abidjan by President Ouattara.

« In the short term, we are going to make chocolate and satisfy Ivory Coast as well as West Africa and with its 350 million consumers« , declared Patrick Poirrier, CEO of Cemoi.