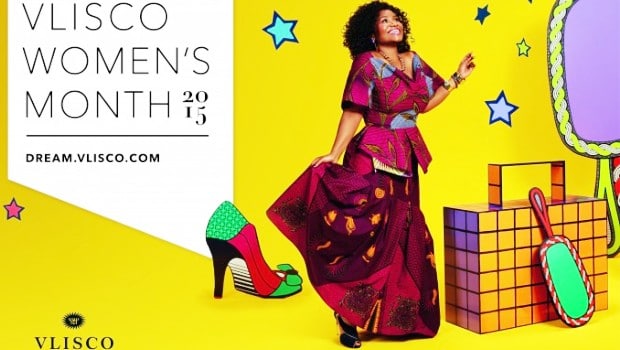 « Live the dream« , it is around this theme that Vlisco is celebrating women by highlighting women of Central and West African inspiration throughout March 2015 on the occasion of the International Woman’s Day (IWD) celebrated every 8th March all over the world.

Women are thus in the center of the concerns of the label that constantly innovates in order to satisfy them.

So, the Dutch designer, Vlisco, that dresses the African women, intends to put forward and under the spotlights the latter that embody the models of success in their domain.

This is why the singer, Barabara Kanam is listed as very inspiring model. She thus lends her face to the « Vlisco Woman Month 2015 » campaign that will be crowned by the election of Vlisco Ambassadress 2015in each of the 6 countries where the label is established.

The hot Congolese singer-songwriter dared indeed to follow her passion to make it her career. Her ambition is to spread love and union with through her voice, use her music to encourage people.

What fascinates her is to help women victims of wars in her country. Founder of the Kanam Foundation and ambassadress for Shitowa, Barbara participates in life improve of children and women, helping them to build a new future after the war.

Since her childhood, Barbara has shown a great passion for music. However, it is that after her university studies that she chose to make of music her future. She is a BTS (Two-year technical degree) holder in International Trade.

The complete biography of the singer to follow in our next publications.