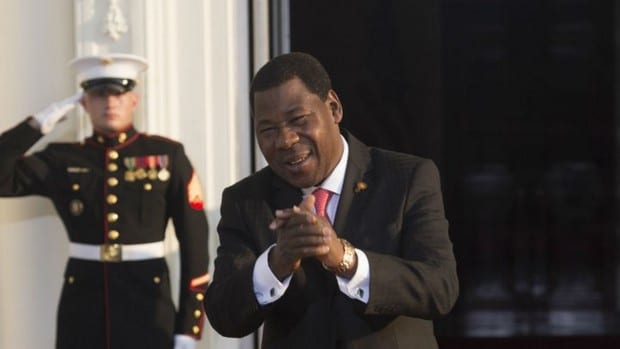 The president of the Republic of Benin, Thomas Yayi Boni, is committed to leave the power by the front door. He has one more time renewed his intention not to take part in the next presidential election in his country. Yayi Boni, in power since 2006, intends to respect the constitution that limits the number of Presidential term to two in Benin.

It is the second time within two months when he has said it openly. « My name will never appear on any ballot ». This last statement by President Yayi Boni is made in Paris at the end of a discussion with François Hollande.

The Beninese president goes further by promising the holding of a free and transparent election that will appoint his successor.

« I shall make sure that the next elections take place in good conditions, in transparency, so that the Beninese people can elect a new president », he declared.

Yayi Boni will thus consolidate the rising democracy of his country. In spite of the criticisms he has undergone these recent months, his political party, the « Forces Cauri pour un Bénin émergent – FCBE » (Cowrie Forces for an Emergent Benin), got the majority of the seats during the general election of April 2015. The next presidential election will be held in 2016.