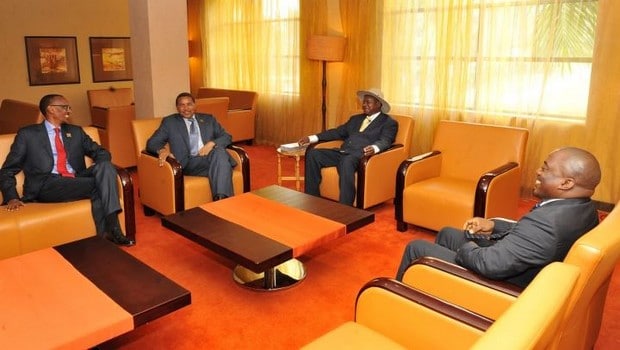 The international conference on the Great Lakes region (CIRGL) announces a possible relocation of the executive secretarial department of the institution for safety reasons.

« During the summit of Luanda, the heads of State and of government of the CIRGL have decided the temporary relocation of the executive Secretarial department of the Conference to allow security, safety and actual functioning of the Secretarial department« , declared Ntumba Luaba, executive Secretary of the CIRGL without specifying however the new location of the organization.

This measure is further to the decision of the Burundian president, Pierre Nkurunziza to run for a third term contrary to the Burundian constitution and to the agreement of Arusha according to his opponents. His participation in the presidential election of next 26th June creates insecurity in the country. Demonstrations and arrests are almost daily.

The relocation decision of the CIRGL head office is not the only consequence of the stubbornness of President Pierre Nkurunziza to stay in power. A part of the international community (Belgium and France to mention the few) announced the cessation of its cooperation with the Burundian government. The country is henceforth threatened by an economic crisis.