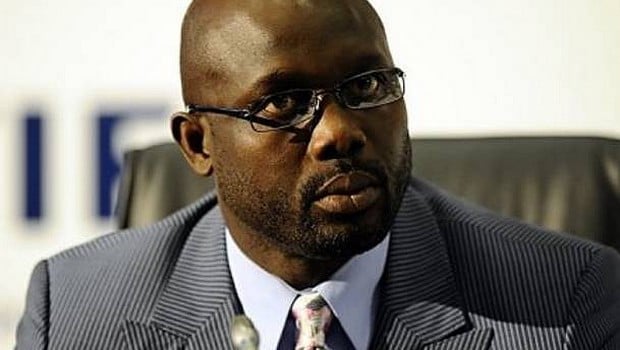 Ebola: a song by the ballon d’or, George Weah againt the disease

The Liberia beats the record of countries victims of the Ebola virus with more than 400 deaths. The Former international Liberian, George Weah is making his contribution to the fight against the disease with the release of a song. The only African to have won the Fifa ballon d’or (1995) considers the virus as a war declared against his country and is making sensitive his fellow countrymen on the behavior to be adopted in order to reduce the spreading of the evil.

« Let us let us get up all together to fight Ebola; Ebola is really there« , here is basically George Weah’s message. The former player of the PSG is really right to insist on the existence of the disease because in spite of hundreds of deaths registered, some Liberians continue doubting about its existence.

George Weah also announced the creation of an association to effectively fight against the disease.

The unsuccessful candidate for the Liberian presidential election called on goodwill givers. « People can give gloves, protective suits. People want to wash their hands but they do not find necessary products« , declared Weah.

Born on 1st October 1966 in Monrovia (Liberia), George Weah is belongs to the list of hurdy-gurdies glories of the African football. The former striker of the Tonnerre de Yaoundé was famous at the PSG, OM, Monaco, Chelsea, Manchester City … In 2005 he started a political career and appeared at the presidential election under the colors of Congress for Democratic Change.