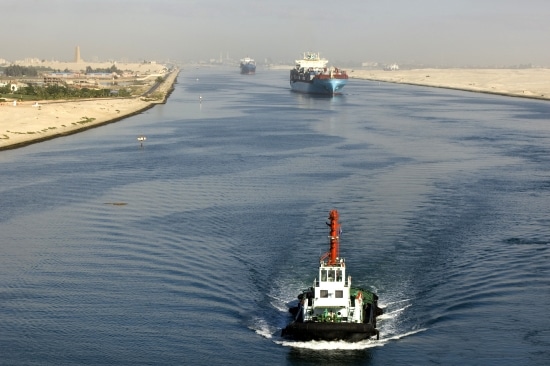 Economy: Egypt is going to dig a new Suez Canal

Egypt opening to a new era after long periods of crisis. The country announced the next building of the new Suez Canal parallel to the first one. The project answers a need for employment creation and for the increase of incomes of the State.

« This gigantic project will see the creation of the new Suez Canal parallel to the current canal of a total length of 72 kilometers« , indicated Mohab Mamich, the authority president in charge of the operation of this navigation way between the Mediterranean Sea and the Red Sea.

4 billion dollars is the amount of the new canal that Egypt intends to dig. According to the Egyptian authorities, the project will considerably reduce the unemployment with the creation of more than a million jobs. On the economic plan, Cairo intends to double its annuity currently estimated at 5 billion dollars.

It will so compensate the losses caused in the tourism and investment sector by the political instability. The Egyptian president expressed the wish for the ambitious project to be exclusively financed by the local banking institutions. « We want all Egyptians to hold shares in this project« , indicated Abdel Fattah al-Sissi.

The president wished that Egyptians living on the national territory to participate up to 10 euros and those abroad up to 74 Euros each. To assure the safety of the works, the Egyptian president entrusted the project to the army.