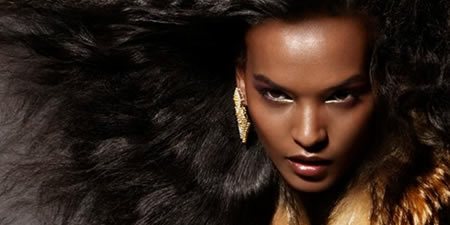 Liya Kebede: Ethiopian queen of beauty! She deserves it!

Liya Kebede is extremely beautiful. She is an Ethiopian model and actress known worldwide. She made a good performance.

She was born on January 3, 1978 in Addis-Abeba. Liya was spotted at the end of classes in at the Franco-Ethiopian High school Guébré-Mariam by a film director. Very quickly, she emerged in Paris, then in New York by the help of a French agent.

In 2000, Tom Ford asked her to take part in his Autumn/Summer parade for Gucci trademark. This launched her career.

In 2001, she was in parade in New York, Milan and Paris for Donna Karan, Dolce & Gabbana, Chanel, Chloé, Carolina Herrera and many others.

In 2002, she was on the front page of Vogue Paris de mai. She linked up with commercial campaigns for Gap, Emmanuel Ungaro, Tommy Hilfiger and Victoria’s Secret.

In 2003, she became the new look of cosmetic trademark Estée Lauder alongside Carolyn Murphy. She was the first black model to have advertised for this trademark in the US.

She also achieved her dream of becoming an actress. In 2005, Liya Kebede appeared in her first movie: Lord of War by Andrew Nicco (Bienvenue à Gattaca), in which she embodied the character of Faith in front of Nicolas Cage.

In 2006, Liya was appointed as Goodwill Ambassador by World Health Organization (WHO) for maternal, newborn and child health. It is true that she is very active in the management of her own foundation, Liya Kebede Fuondation that helps women in developing countries during their pregnancies till delivery times.

« In Africa, we come of age in poverty and consequently, we need to do something. I keep this in mind and when I arrived in America, I have surprisingly realized that women do not die during childbirth as in Africa. I have been lucky enough to give birth in New York and I got aware of the importance of bearing in the best conditions possible. »

Still in 2006, she acted alongside Matt Damon and Angelina Jolie in Raisons d’Etat directed by Robert de Niro.

In 2007, the Forbes magazine estimated her annual income at 3 million us dollars.

In 2010, she was honored to appear in the famous ranking of 100 most influential personalities in the world by Time Magazine.

In 2009, she realized her third movie – Fleur du Desert – which granted her the prestigious Chopard Trophy 2010, a movie by Sherry Hormann, inspired from the life of the Somalian former top model Waris Dirie. In 2011, she became the new spokesmodel for the cosmetic trademark, L’Oréal.

Model and actress, Liya Kebede has also succeeded in her sentimental life. Since 2000, she got married with Kassy Kebede with whom she got two children. She met him during a journey to Ethiopia. Kassy Kebede was a 20-year-old entrepreneur. They got two daughters, Suhul and Raee.

But this woman really touches everything. She launched in 2007 her own Lemlem collection for both women and children. And she defended “made in Ethiopia” textile with conviction:” I am well placed to help them exporting their products to the West.This will allow them to become economically independent in order take care of their families including sending children to school. Through this, I hope to break this circle of poverty in showing to Westerns at the same time that Africans are capable of making products of quality on timefor them to invest in our countries in order to contribute to their development. This is a message of hope. »