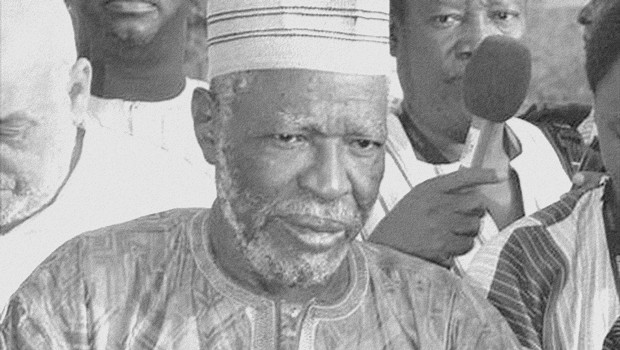 Moustaphane Alassane: the author of the first African cartoon died

The actor and director of Niger, Moustaphane Alassane is no more. One of the pioneers of the cinema of Niger, died on 17th March 2015 early in the evening at the Yalgado hospital of Ouagadougou at the age of 73 years.

Before making a career in the cinema, he was a mechanic. He will be interested in the cinema thanks to Jean Rouch who proposes him his leading part. It was in the movie, « Petit à petit » (little by little) released in 1971. He specializes himself in the cartoon film in Canada and becomes the first African to realize a cartoon (La Mort de Gandji) (the death of Ganghi).

During the first edition of Fespaco, his full-length film, F.V.V.A.: Femmes Voitures Villas Argent (Women Cars Villas Money) was rewarded. Moustaphane Alassane was also the director for the first movie of Niger with « Aouré » brought out in 1962.

« For me, cinema can and should serve to change the mentality of people. Each of my movies touches politics, just because it arouses an interest in people and may make them take consider their culture. I think that, for the moment, cinema has not yet proved much to the world that Africa has its own culture. It must be able to awaken the conscience of the spectator on specifically African problems and guide Africa into a more viable direction« , he said.