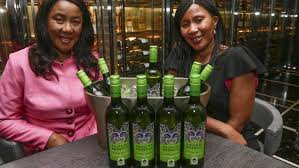 Nelson Mandela: Makaziwe, his elder daughter exports her wine into Amsterdam and compete with European market!

« House of Mandela » is the name of the wine that is just launched in Amsterdam, Netherlands by the elder daughter and the granddaughter of Nelson Mandela, the wine brand of Madiba family.

They have just held a press conference: « It is the first commercial adventure of Madiba family », declared, on March 19th, Makaziwe, the elder daughter of Nelson Mandela’s three children, nicknamed Maki.

« Sold under ‘House of Mandela’ brand, four wines will be launched on Dutch market, two red, a Merlot and a pinotage, and two whites, a Chardonnay and a white sauvignon. The recommended price is 5, 49 euros. As family, we always wanted to tell the story of the House of Mandela. It is not just about my father, but also from where we came from, from our roots (…) When people see that « , she said in holding a bottle, « in their mind, they see Nelson Mandela. But it is not about Nelson Mandela, it is about the House of Mandela « , the family that came from kings Xhosas. We want to tell the story of people from whom we came; we want to pay tribute to our ancestors, they who gave us a lot. »

Makaziwe and her daughter Tukwini have been producing wine in various South African vineyards since 2010.

« There is no better brand on African continent than Mandela brand, the brand that can show what Africa can offer better. »

This production is already available in China, in Canada and in Brazil in particular;  » House of Mandela  » wine is produced with certified grapes « fair trade ».

They are competing today on European market. 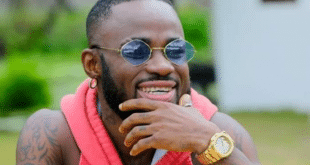