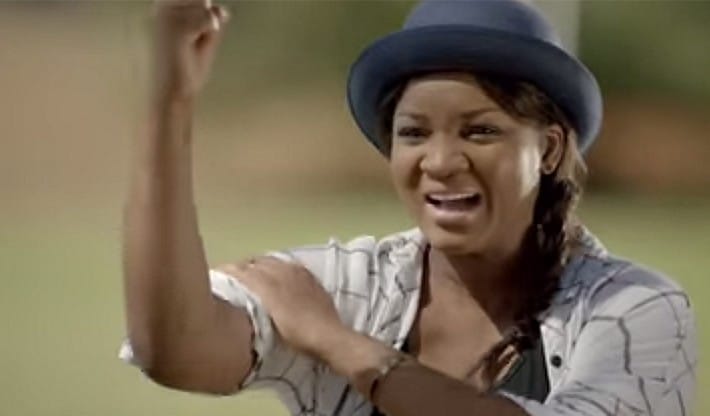 Nine African female artists and the Nollywood star Omotola Jalade Ekeinde give their voices to poor and vulnerable women of the continent. With their title « Strong girl » written and recorded in South Africa, the new faces of the emergent Africa mobilize beside the ONE foundation in order to call on the leaders worldwide to take actions to defend women rights in the poorest countries.

According to the artists, poverty is a reality in Africa. In fact women are the most affected by poverty in certain areas of the continent.

#WithStrongGirls world movement is launched on the Internet to support the promotion of the song. Personalities such as MALALA, ANGLIQUE KIDJO and DANAI GUGIRA as well as thousands of the ONE members have posed at « Rosie the Riveter » and post their photo on social networks as a sign of support for all women who face poverty with courage. A maximum of people is invited to do the same.

As a reminder, One is a world organization of plea and campaign cofounded by Bono and that fights against extreme poverty, essentially in Africa.