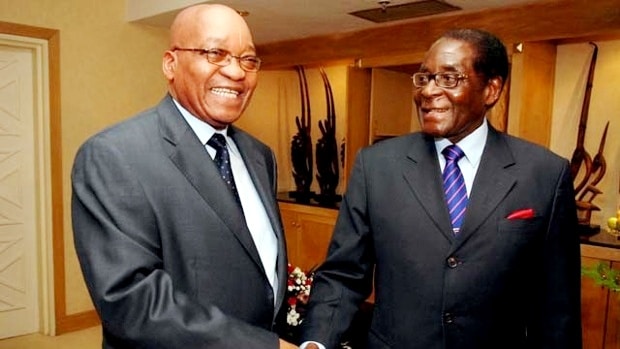 About 20 years after his last visit, the Zimbabwean president, Robert Mugabe started last Tuesday a historic visit of two days in South Africa with the objective to consolidate the economic relations between both countries.

The consolidation of the economic relations between both countries will be the main topic of the discussions between the South African president, Jacob Zuma and his Zimbabwean counterpart, Robert Mugabe. His last travel to this bordering country goes back to more than 20 years.

Both heads of States will tackle the questions of common interest as economic cooperation and issues of the region and the continent, according to the South African department of the international Relations and Cooperation, reported Xinhua.

« This visit will more consolidate the historic, cultural and brotherly relationships existing between South Africa and Zimbabwe« , what can be read on an official statement of the institution.

The economic situation of Zimbabwe is at present very difficult. Robert Mugabe wants to urge foreign investors to invest in his country. He is particularly followed for this journey by a delegation of 45 people of whom about half are businessmen.

A meeting between Zimbabwean and South African entrepreneurs is planned. Zimbabwe is the third business partner of South Africa.