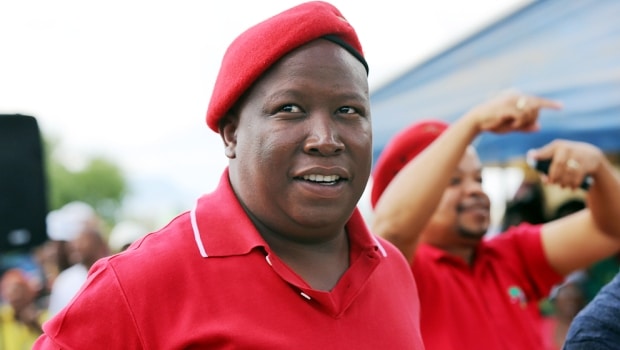 In South Africa, the reopening of Parliament in two weeks promises to be eventful. Julius Malema, the populist leader of the Economic Freedom Fighters (EFF) threatens to sit « in shorts » if he is prevented from wearing his red worker’s uniform.

In fact, the 25 members of the EFF sit in red worker’s suits and rubber boots for men and housewife dress and apron for women; a dress taste that does not please everybody.

Will Julius Malema and his 24 members of parliament sit in underwear? « Nobody should tell us how to dress up », said the leader of the EFF.

Indeed, the Parliament is planning to impose a dress code, because workers red suits and outfits of housewives become the hallmark for the party of Malema, are subject of controversy. On several occasions, the EFF members were thus expelled by force from the provincial parliaments for being dressed all in red.

For Richard Mdakane, Chairman of the Parliamentary Commission in charge of settling the issue, Malema and his members should not be targeted. He asserted that a dress code is in progress two years ago, mainly to banish dressings considered as too light.

In any case, the subject turned into arm wrestling between the members of the party in power, the ANC, and those of Malema, the latter asserting that dressing so is to represent those who elected them, namely the workers, ‘abandoned’ to their own « by the party in power ».

Will Malema appear in shorts at the Parliament? The answer is expected on 12th February.