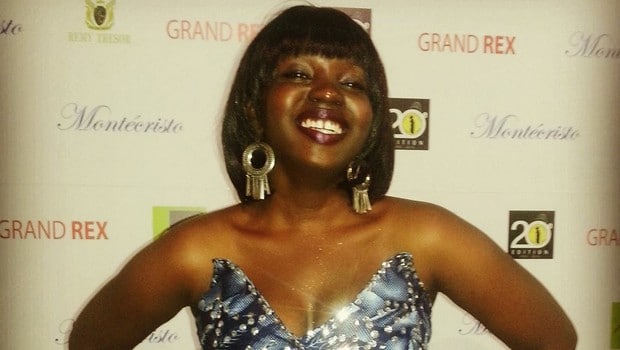 The first edition of the TV show, 228 T Factor, came to an end last Saturday, 6th December 2014 in Lomé (Togo) with the naming of the prize-winners. The candidate Nr1, Naïda Sambo, was appointed « the best Togolese voice« , the most prestigious distinction of the competition.

In spite of her fragile health, Naïda Sambo found the necessary energy to seduce the public who attended the Grand Rex to participate in 228 T Factor, the greatest TV program that reveals the future ambassadors of the Togolese and African music. On her Facebook page, the great prize-winner indicated that she was already unwell during the final phase.

« The disease got the upper hand on me that day, so my voice was not precise« , she wrote. Exclusively appointed by vote, Naïda pockets a financial envelope for 1.000.000 FCFA. She will also enjoy three (3) month stay in the United States. She will finally be supported in her musical career (production of an album).

Bruno Koffi, the second prize-winner, wins an envelope for 500 000 FCFA, a certificate, a follow-up and a trophy. We should note that the concept of 228 T FACTOR is a reality show that offers the opportunity to the music lovers to be known. The various candidates were coached in this edition by the professionals of the Togolese showbiz, Carlos Donklou (arranger) and Malick Ayeva (producer and cultural promoter). This initiative by the Togolese, Roméo Combey, will unmistakably participate in the development of the Togolese music.