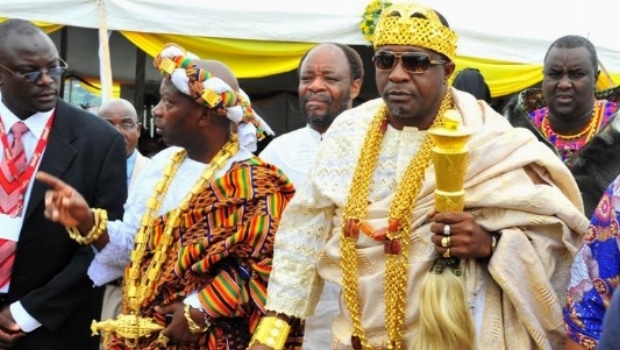 About fifty Kings and Traditional Chiefs of Africa have been strengthening since Tuesday in the Ivory Coast economic capital town, their capacities on techniques for prevention and mediation in conflicts.

Introduced by the Sovereigns and Traditional Leaders of Africa Forum in association with the United Nations Operation in Côte d’Ivoire (ONUCI), the meeting was opened in the presence of the special assistant representative of the United Nations General Secretary in Ivory Coast, Babacar M’Baye Cissé.

This seminar which training modules are assured by experts of the United Nations Operation in Côte d’Ivoire (ONUCI) aims, according to the organizers, « to support the efforts of Ivory Coast government in its quest of a sustainable peace for emergent Ivory Coast« .

Raising the importance of the role of traditional chieftaincy in the society, the UN diplomat appreciated the subject of the training that is entitled: « mediation in conflicts and facilitations of intercommunity relations« .

« We promise you to be impartial and not to get involved in politics« , reassured the permanent General Secretary of the Sovereigns and Traditional Leaders of Africa Forum, Jean Gervais Tchiffi Zié, repeating his will « to cross all the country to preach peace and reconciliation« .

« Remove and get rid of your political opinions« , he insisted by addressing the seminarists gathered in the large room of Cocody municipal hotel.

Jean Gervais Tchiffi Zié has moreover paid an emotional tribute to the Ivory Coast Head of State, Alassane Ouattara and to the President of the National Assembly, Guillaume Soro as well as to the minister of State, the Minister of the interior and security, Hamed Bakayoko, to have made adopted the act for the status of kings and traditional chiefs.