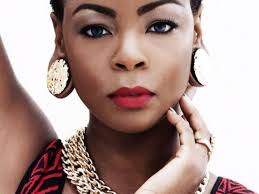 She is beautiful, rich and very famous in Nigeria. Abimbola Fernandez alias Bim, is nourishing an open ambition and not the least: make Rihanna out of date and dethrone her!

Bim is 25 years old and in her career plan, she can count on her father, a billionaire who makes fortune thanks to gold mines and diamond selling. Antonio Deinde Fernandez is so rich that he has his own island. He also possesses a French castle of hunting which formerly belonged to Napoleon Bonaparte. He possesses three private jets. His fortune is estimated at 8, 7 billion dollars. « My father is a genius! » she simply said.

Bim was planned to succeed in her turn. She tudied in London at Oxford, a place she judged too snobby before settling in New York.

Since her young age, this small princess has been attracted by music.

She owes her first success with the group Cobra Starship by the song “Nice guys Finish Last”. It was in 2009. But since then, she wanted to launch into solo as her idol Rihanna. She just signed a juicy contract with SMH records in November. Her first single “Let’s take it naked » is awaited very soon.

Ready for anything in order to succeed, she also wants to make a reality show, a program that will follow her career step by step all along. It will be entitled « Gold Blooded « .
She swore that she owes nothing to her father’s money and that she wants to achieve it by her own means.

« People think that I am exactly as Paris Hilton, that I do not do anything, that I am not working and I live only for my father’s money. Briefly, that I am a spoiled child. I will prove the contrary! Money cannot buy a recording contract. It cannot buy good music. You able to sing or you are not »

She is determined to prove it!

Should Rihanna be worried?