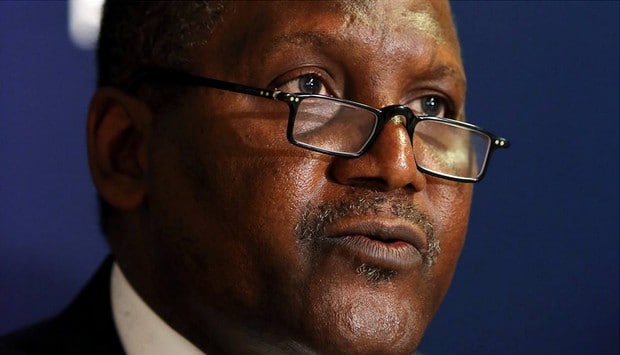 Aliko Dangote: The Nigerian intends to have Arsenal to his asset

After his missed attempt of 2010, the Nigerian businessman, Aliko Dangote, continues to believe in his dream to buy the English football club, Arsenal. In an interview granted to Bloomberg, the 67th world fortune (and the first of Africa) plans to propose an irresistible offer to the owners of the club.

« I stiil hope I can buy the club one day (…) I could buy it but not at token a lower rate but at price to which the current owners could not resist (…) We have 16 billion dollars to inves the coming years. For the moment, I want to bring my company to certain level. When I shall have achieved it, then I shall maybe try my chance again for Arsenal« , declared Aliko Dangote.

With a personal fortune estimated at $15,6 billion (€10,3 billion) according to the Forbes magazine, Aliko Dangote is capable of being the owner of this club estimated at 1 billion pounds, (£988million).

As a reminder, the Nigerian businessman was nominated in the category of the « African of the year » during the first edition of Africa Top Success Awards.