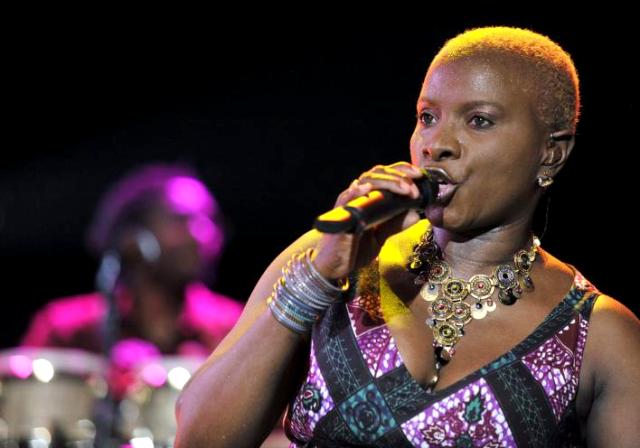 Angélique Kidjo: in concert the coming 14th October in Paris

The diva of the African music, Angélique Kidjo, will present on the coming 14th October at the « La Cigale » in Paris.

The Beninese singer will go through her new album baptized « Eve » and will refresh her old titles, rather her eternal glories.

Through this new opus, Angélique Kidjo is paying tribute to women. By her « angelic » voice, she explains the conditions of life and work of the African women.

Ambassadress of the UNICEF, she is involved in an association in order to school the African women in the secondary level.

According to the artist singer, this extraordinary show is the image of the modern Africa that is turned to the future.

Real stage animal, she promises to set fire to the « La Cigale« .

Angélique Kidjo was born on 14th July 1960 in Cotonou, some weeks before the independence of the ex-Dahomey, known for the variety of her musical influences and the originality of her clips.

Also author and composer, she is repeatedly prize-winner of the Grammy Awards. Among her successes, appear songs as Agolo, We We, Adouma, Wombo Lombo, Afirika and Batonga.

The BBC included her in its list of 50 icons of the African continent. Time Magazine called her the First Africa Diva (1) and she belongs to the list of the 100 most influential women in the world (2) established by The Guardian.

Her musical influences are the African pop, the music of the Caribs, the zouk, the Congolese rumba, the jazz, the gospel, and the Latin styles. She is also inspired by the artists who lulled her childhood: Bella Bellow, James Brown, Aretha Franklin, Jimi Hendrix, Miriam Makeba and Carlos Santana.

Kidjo fluently speaks Fon, French, Yoruba and English. She sings in her four native languages. Her song Malaika on the album Logozo is in Swahili. She often uses the Benin’s traditional Zilin vocal technique and the jazz Vocalese.