Anselmo Ralph: the accountant that has become king of the R’n’B!

He should have been an accountant… Anselmo Ralph Andrade Cordeiro, king of the Congolese R’n’B was born on March 12th, 1981 in the district of Luanda. He made his studies in accountings in a college in New York.

It was in Madrid, Spain that this great fan of Juan Luis Guerra started emerging from 1991 to 1992.

In 1995, he got success in his country with the hip-hop group, NGB (Nova Geração Bantu). The album “Tá-se Bem” was brilliant.

Anselmo Ralph returned to live in New York in 1998 where he then joined a Latino rock group, Demus. Their collaboration was difficult. He then decided to sing in English.

He sang within the choir of “Christ International Church” of New York and gave several concerts in the University of New York.

After a career a little bit chaotic, he returned in 2003 in Angola where he brought out an album in Portuguese, « Histórias of Amor « , intended for Angolan market and for Portuguese-speaking countries.

Quickly, his notoriousness went beyond Africa because he managed to conquer this time more easily the United States.

In 2006, he was nominated by the South African Television for “the best R’n’B singer” and also for “MRV EuropeMusic Awards 2006” in the category of “the best African artist” which gala evening was held in Copenhagen, Danmark.

His second album, As Ultimas Historias de Amor, in Portugese, was brought out on February 14th, 2007, the Valentine’s Day. He triumphed with his hit “Um Dois”

In 2008, he signed a contract for three albums with the greatest Angolese record company, LS Produções.

To believe that the St Valentine’s Day carried him chance: on February 14th, 2009, he brought out his third album “O Cupido” (double CD and DVD), sold to 22 600 copies just in nine hours.

His fourth album, « A Dor Do » came out at the end of March 2011 in collaboration with the Swiss label KLASSZIK of the producer Nellson Klasszik, and Dji Tafinha. He gave more than 50 concerts in 2011.

Since then, he has been considered as one of the greatest African icon of music.

It was not by chance if he has become an ambassador for Coca-Cola and Samsung brand.

He has a perfume line production, a clothing brand, a tour bus for millions of dollars. He is working today with Sony Music. 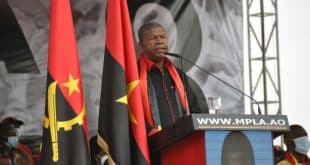