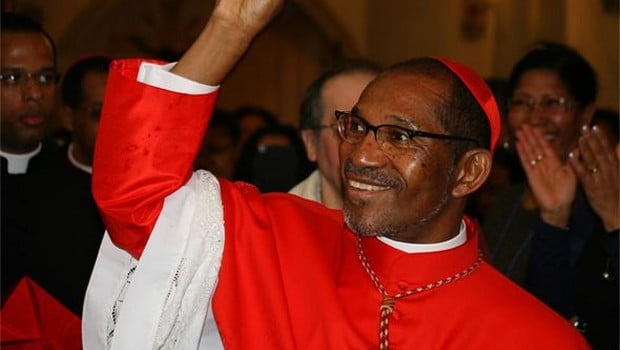 Arlindo Gomes Furtado: in the discovery of the 1st Cape Verdean cardinal

A small country of West Africa, Cape Verde was honored in February 2015 by Pope Francis by raising Bishop Arlindo Gomes Furtado to the rank of Cardinal, the very first of the country. Before his appointment, the prelate was the Bishop of Santiago of Cape Verde.

Arlindo Gomes Furtado was ordained priest in 1976. Vicar, Chancellor then diocesan treasurer, he was appointed chaplain for the Cape Verdean in the Netherlands in 1985. The following year, he entered the papal biblical institute in Rome for studies.

Back to his country, he was appointed the first Bishop of the new diocese (Mindelo) created by Pope John Paul II in 2003.

Since 22nd July 2009, he has been serving as the Bishop of Santiago of Cape Verde.

The new cardinal will visit Senegal for the first time on 11th June. His travel, placed under the sign of « communion and brotherhood between the Churches of Cape Verde and Senegal« , will be the opportunity for the latter to address the Senegalese local press and the international one.

On Friday, the cardinal will say a mass in the Notre-Dame-des-Victoires cathedral in the presence of his peers of Senegal.