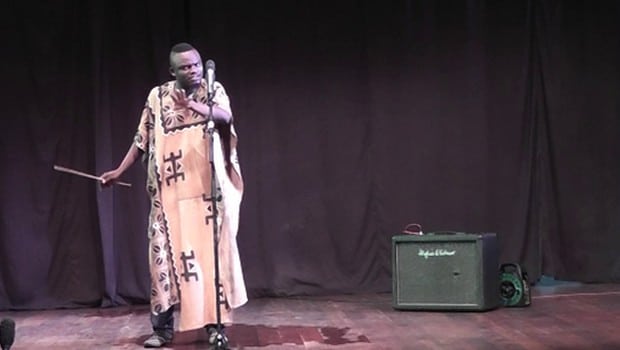 Arts: End of the 4th international meetings of orality of Benin

The cities of Calavi and Cotonou (Benin) hosted from 26th to 28th March 2015, the fourth edition of orality meetings (RIAO). Placed under the theme « the role of tale in the education of children« , the event got the participation of actors from Belgium, France, Mali, Niger, Ivory Coast, Togo, Burkina Faso and Benin.

From hospitals to schools including cultural centers, professional storytellers amused all the sectors of the society.

« It was for me an enjoyment when, after our performance in the biggest hospital of Benin, the supervisor of the aforementioned hospital told me that the smile he lost for quite a while was back to him« , proudly declared to us, Patrice Toton, the promoter of the festival.

Outside the shows, the 4th orality meetings also were the opportunity for the organizers to initiate Colloquiums and workshops that got the participation of academics, local actors, NGO and other decision-makers.

The objective of these meetings is to conduct reflections on which way to go in order to make of orality, a participative force in the socioeconomic development of countries.