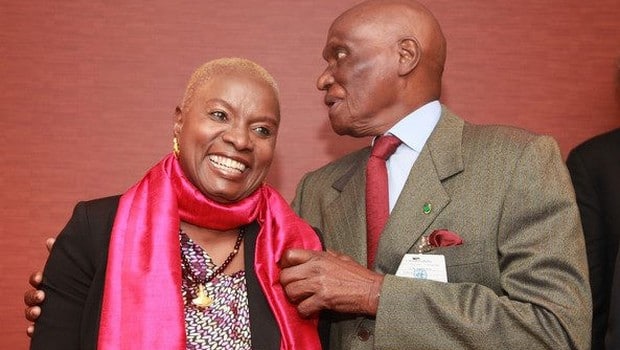 Would the Beninese diva start having political ambitions? One of the most famous women of the African continent is shown on social networks as the perfect candidate to exercise the presidency of Benin. On Facebook, a called page « Angélique Kidjo Benin Présidentielle 2016 » invites the Internet users to give their opinion on a possible candidature of the star.

For the moment, Angélique Kidjo, very present on the social networks, does not dissociate herself from the action that looks like a presidential pre-campaign. The change of cap of the Beninese artist will be a surprise because she always stood far from the politics of her country.

« I follow it from some distance away but I do not want to interfere because my life is not there. I have nothing to do with politicians. When people ask me: « Do you not do politics? » I answer: « I love my microphone », declared the artist to the colleagues of Jeune Afrique Magazine.

Her biography
Angélique Kidjo was born on 14th July 1960 in Cotonou, Benin. Her father is Fon from Ouidah postmaster and her mother, Yorouba, has two passions: business and theater. The couple got 10 children. She is the seventh of the tribe.

At the age of six years old, she joined the theatrical company of her mother. She got known in Benin with her adaptation of the song by Miriam Makeba, Les Trois Z for the national radio station. She so quickly brought out her first album, « Pretty » with the help of her brother and the Cameroonian producer, Ekambi Brilliant. The success of this album allowed her to be quickly famous in West Africa.

In 1983, she settled down in Paris where her daughter was born in 1993. She met there her husband, Jean Hebrail, musician and composer with whom she wrote the major part of her music. At first chorus-singer of African groups of Paris, she became in 1985 singer of the African Jazz group, Pili Pili set up by the Dutch pianist, Jasper van ‘t Hof. She collaborated in three albums by Pili Pili: Jakko (1987), Be In Two Minds (1988, produced by Marlon Klein) and Hôtel Babo (1990).

The continuation of her career went so fast: she was spotted in Paris by Chris Blackwell, the Jamaican founder of Island Records, the record company for Bob Marley and U2. In 1991, she signed for the Mango label. She recorded four albums at Island, until Chris Blackwell’s departure. In 1998, she crosseed the Atlantic Ocean and in 2000, she signed a contract in New York with the Columbia Records label for which she recorded two albums.

She is also a very committed singer: in November 2003, Angélique Kidjo sang in Cape Town, South Africa with Peter Gabriel and Youssou N’Dour in the big concert for Nelson Mandela foundation, 46664. In May 2004 she participated in the concert « We Are The Future » produced by Quincy Jones in Rome in front of 400 000 persons. The show took place at the Maxime circus with the cooperation of Oprah Winfrey, Alicia Keys, Andrea Bocelli, Herbie Hancock, Angelina Jolie and other international stars.

In March 2005, she sang in front of 50 000 persons during the concert Africa Live of Dakar organized by Youssou N’Dour for the fight against malaria with the cooperation of a great number of African stars. In June 2005, she participated in the concert Live 8 presented by Angelina Jolie and Peter Gabriel in Cornwall, the United Kingdom. In 2007, she covered the song Happy Christmas (War Is Over) by John Lennon with her daughter for the compilation Instant Karma: The Amnesty International Campaign to Save Darfur.

She also presented for Live Earth and participated in the song SING for the fight against the HIV transmission from the mother to the newborn child in Africa.

Benin is proud of her and there good reasons…