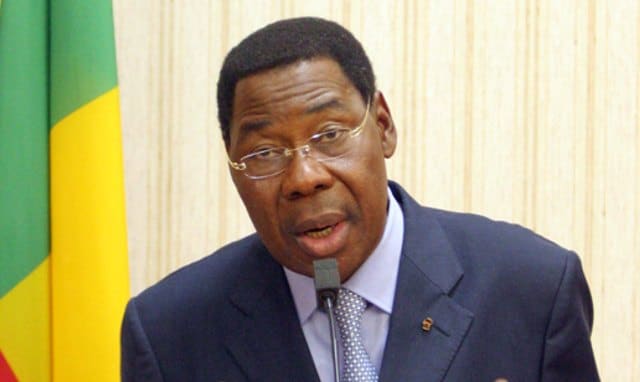 Benin: Boni Yayi rewarded in Roma for his leadership

The « Abolitionist Prize 2014 » will be awarded on the coming 18th July to the Beninese Head of State, Dr Boni YAYI, in Roma, Italy.

This award is a sign of gratitude for the diplomatic and politics commitment of the Number 1 of Benin for his « commitment » for diplomacy of the values, the abolition of the death penalty in particular.

The initiative came from the Italian NGO « Alliance Ne touchez pas à Caïn« , committed for several years in an intense campaign in favor of the abolition of death penalty, this in association with the Italian government.

In connection with the African commission of Human Rights and peoples, Benin organized in Cotonou, from the last 2nd to 4th July, a continental conference on the abolition of death penalty. This meeting gathered governmental representatives, civil society, university sector, members of Parliament, bilateral and multilateral partners of whom a representative of the High-commissioner of United Nations for Human Rights with the financial support of the European Union, the Italian government, the Swiss cooperation and the embassy of France in Benin.

This meeting allowed reviewing the situation of the abolition of death penalty on the African continent through its five big regions.

A total of seventeen (17) African countries are abolitionist of law of death penalty and twenty three (23) of them have been observing a moratorium for at least 10 years.

These results have shown the continental leadership of Benin on this question and its government is planning to introduce very soon the draft protocol for passing at the Heads of State and the government of the African Union conference.