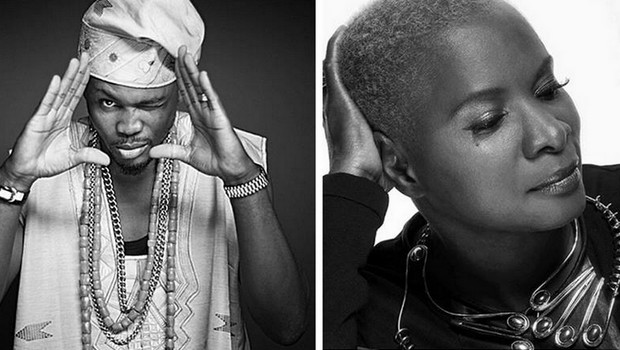 He is for Benin what DJ Arafat is for Ivory Coast. The icon of the Beninese new generation artists, Dibi Dobo has just made a breakthrough by realizing collaboration with the world star Angélique Kidjo. Entitled « Ekomole » the new sound has been played in a loop on radio stations of Cotonou since a few hours.

The artist has also announced the imminent release of the video clip of the song on social networks. According to Dibi Dobo, the latter is shot in New York, the United States of America.

The video will be signed by the American J.R. Saint, director of the clips of American stars Lil Wayne, Rick Ross, Juicy J, The Game and many more.

« Ekomole » thus announces the next release (late 2015) of the new album by the artist. Several other collaborations with tenors of the sub-region are planned (May D (Nigeria) and Arafat DJ (Ivory Coast)).