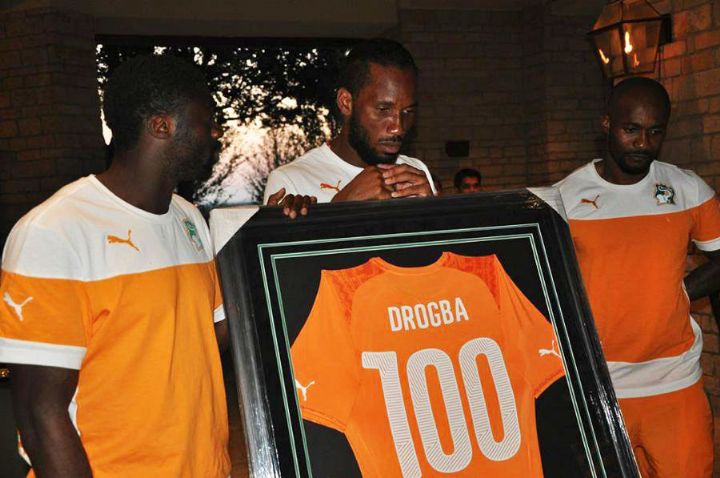 Didier Drogba: A new award before the World cup

Didier Drogba has one more time marked his passage in the Ivory Coast national team. He, henceforth is the third Elephant to have exceeded the level of 100 selections in national team after Didier Zokora and Kolo Touré.

It was the latters who handed the symbolic shirt to Drogba on Sunday during the dinner that preceded the 101st selection of the striker of Galatasaray against Bosnia on Saturday. The ceremony took place in the presence of the Chairman of the Ivory Coast Football Federation, Augustin Sidy Diallo.

« It is a personal distinction but it was however possible thanks to my team-mates that you are, those who are here and those who preceded them during decade that I spent in selection. I also dedicate this distinction to our five team-mates who left us today after almost two weeks spent together. I do not forget either all the technical, medical and administrative staff whose work helped me to arrive at this stage », declared Didier Drogba.

For the chairman of the federation, with this distinction, Didier Drogba should finish the World cup 2014 with 109 selections.

The small ceremony of Sunday was the opportunity for the players to show their gratitude to a team-mate not as the others. For Kolo Touré, Didier is a national symbol. « Didier is also the record holder for scored goals in selection. He is the elder and we all learnt from him », he declared.

His clubs:
– He obtained his very first license in S.C Feignies.
– 1989: he joined Abbeville Sporting Club.
– 1991-1993: he played in AGMB in Loiret.
– At 19 years old, he joined Le Man where he signed his first professional contract.
– 2002: he joined En Avant de Guigamp and finished at three points in the Champion’s League!
– 2003: he signed a contract with Marseille and scored 19 goals in championship.
– July 2004: he was transferred to Chelsea for 38 million euros estimated.
– 19 June 2012, Didier Drogba signed 2 years and half contract with a Chinese club in Shanghai, Shenhua.
– 28 January 2013: he left to Galatasaray while he was playing African Cup of Nations in South Africa.

Additional info:
– 10 March 2012:  he became the first African player to have scored 100 goals in Premier League. 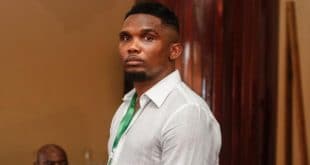 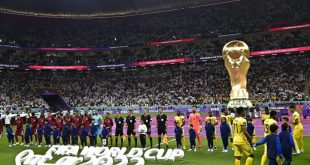 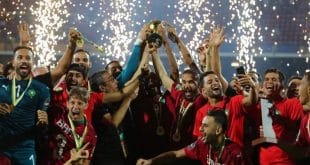 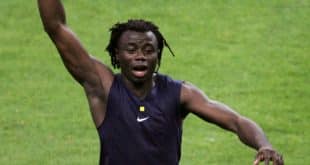 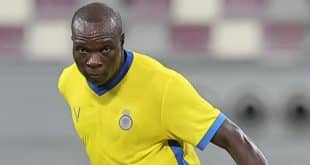 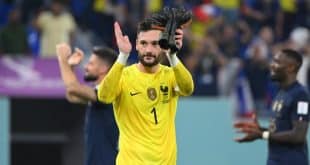