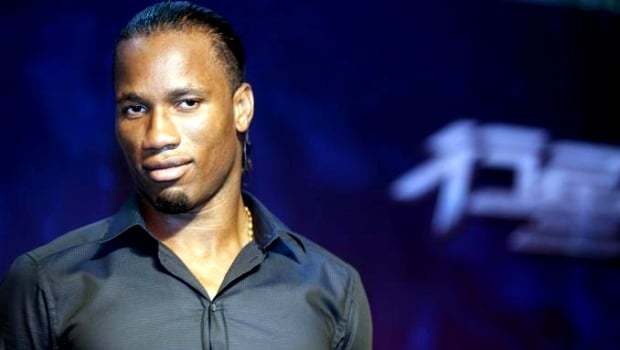 Until today, many people ignored that the footballer, Didier Drogba is also a businessman.

Well, apart from football income, the former Ivorian international would have invested in real estate, stock-exchange, catering, fashion, cosmetics but thanks to his advertising income.

Didier Drogba also works in the social through his foundation that bears his name, an establishment working for the promotion of a quality education for all, particularly towards the disadvantaged early childhood.

He is moreover involved in noble causes for the development of the African continent, what justifies his numerous travels, most of the time to take part in international events in the ranks of the Heads of States and other personalities.

The American economic magazine « Peolple with Money » has just revealed his fortune estimated at 275 million Euros or 180 billion Fcfa.

According to the magazine, the member of the English club of Chelsea would have amassed this money, first of all thanks to his talent but also by investing judiciously.

While his salary was considerably revised downwards at Chelsea, according to « People with Money« , Didier Drogba would have gathered just between January 2014 and January 2015, the amount of 96 million euros or 62 billion FCFA.

Today, Didier Drogba represents a model of success of a whole continent, even after his international retirement. Absent in the AFCON 2015, the football star has whatever the case, pushed the Ivorian and the African football beyond their limits.