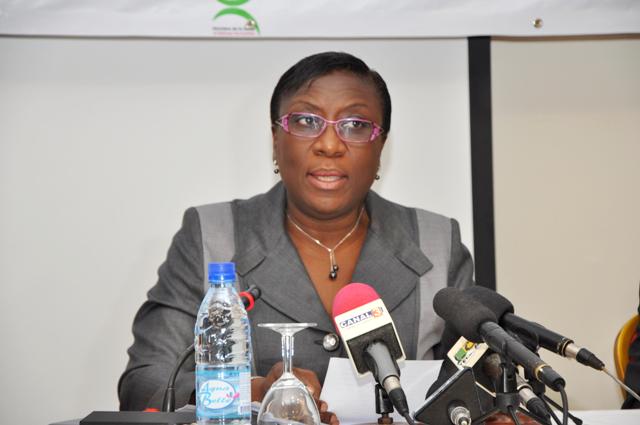 Dorothée Kindé Gazard: the best minister of health in the world

Benin is once again honored by one of its highest executives: Professor Dorothée Kindé Gazard.

The Minister of Health won the « Harvard Leaders of Health Awards » 2014 last 5th June in Boston, the United States.

Last Tuesday, 24th June in Azalaï Hôtel at the Beach of Cotonou, she officially presented the prestigious and historic prize. The mobilization was monstrous.

The ceremony got the presence of several chairmen of institutions, Ministers, parliament members, university teachers, executives of the Ministry of Health, students, relatives and friends who came to support and congratulate the prize-winner.

Several factors, multi-form actions in particular played in favor of Mrs Kindé-Gazard within the framework of the obtaining of this prize.

Among others: the annals of the history of Benin held the attention of the prize-winner that she introduced the first telethon of fund collection to complete the funds for fight against malaria, AIDS and tuberculosis under Mathieu Kérékou’s last mandate, the new operation of collection of medical equipment for the benefit of the hospitals of Benin, the efficient conduct of the implementation process of the Universal Health Insurance Scheme and many more.

« By choosing you as leader of the health, it is because of your tenacity, your quality political commitment for the health sector for which you made speak about you worldwide« , showed Michael RAYNOR, the United States of America Ambassador in Benin during the ceremony of presentation of this prize

M RAYNOR underlined the « famous » character of the prize-winner for the fact that she won the prize of the most famous university of the United States that trained up to date day, 32 heads of state in the world and 08 presidents of the USA.

Testimonies supported by Professor Albert Tévoédjrè, Honorary Mediator of the Republic, precursor of the Beninese personalities rewarded by the University of Harvard, invited people to support the actions of the prize-winner as well as her innovations as the Universal Health Insurance Scheme (Ramu).

Brother Melkior then indicated that the international career of the Minister of Health just began and thus, she deserved the support of the government and all the Beninese.

A wish agreed by the Minister of State, Professor François Abiola, representing the Head of State who qualified the act as a privilege and a capital gain for the Higher education in Benin.

He confirmed that the Minister of Health is today a reference for Benin and the whole world and the youth should follow the example.

The Harvard Leaders of Health Awards, a selective prize

The initiative of the Harvard Leaders of Health Awards started in 2012. In this year, it rewarded twenty nine (29) personalities in charge of the Healthcare sector in their respective countries, in Africa, in Asia and in Latin America.

In 2014, only twelve (12) personalities from Africa, Asia, Eastern Europe and Latin America were rewarded. It was particularly the capacities of these personalities to show innovation and leadership in the management of the Healthcare sector of their countries that held the attention of organizers and prevailed.

So, in order to allow them to continue putting a lot with professionalism and faith into the Healthcare sector, the nominated were entitled in a kind of « works in residence » before the award ceremony itself in Harvard. During the works in residence, they exchanged with eminent personalities.

Among them, Professor Julio Frenk, Dean of the faculty of Public health of Harvard and former Minister of Health of Mexico, Madam Tessa Jowell, former British Minister of Health and Sports and Sir Michael Barber, former chief of staff for the British ex-Prime Minister, Tony Blair.