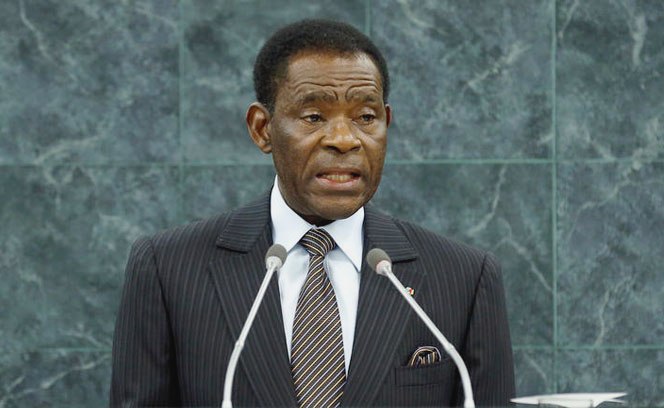 The ceremony took place in the presence of the government members, the senators and members of parliament.

This title rewards the president for his efforts in favor of the development and his implication of African leadership.

« Today, Africa is perceived as the continent of all the promises to the extent to be considered as the economic power of the future because of its enormous potential in diverse domains », indicated Henri-Marie Dondra, Director General of FAGACE.

« I would blame myself to have not recognized that Equatorial Guinea is a part of African countries that consolidate this expanding dynamics of big hopes for our continent. By succeeding thanks to your leadership to overcome the challenges of peace, safety and to make of Equatorial Guinea a united, stable and democratic nation, you durably placed your country on the way of progress and prosperity », underlined Mr. Dondra.

For the Head of State, this award is above all the one of people of Equatorial Guinea and a gratitude for good economic management by the government. He justified his action by his will to make Africans their own actors of development.

« The application of the South-South Cooperation led us to give priority to African investments and those of other developing countries in Equatorial Guinea. We promote interests and exchanges between Africans with the establishment of companies that facilitate interests and economic exchanges and the creation of African funds of solidarity to support countries vulnerable and affected countries by natural disasters, hunger and other calamities », asserted for his part, Mr. Obiang Nguema Mbasogo