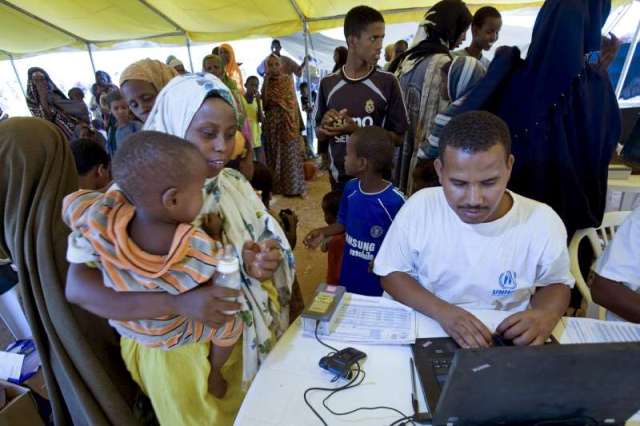 Ethiopia has become the refugees’ biggest host country on the African continent because of the growing up of the crisis in South Sudan, announced on Tuesday the UNO High-commissioner for refugees (UNHCR).

Ethiopia is thus ahead of Kenya in terms of refugees’ welcoming and has sheltered at the end of July 2014, 629.718 refugees against 575.334 in Kenya, according to a communiqué from the UNHCR.

« The main reason of this increase is the conflict in South Sudan that broke out in mid-December last year and forced 188.000 refugees to run away to Ethiopia since the beginning of 2014« , explained the UNHCR.

The conflict in South Sudan broke out on 15th December 2013 within the army mined by politico-ethnic antagonisms aggravated by the rivalry between Salva Kiir and Riek Machar at the head of the regime, making 1, 3 millions of displaced persons and more than 576.300 refugees, according to the UNHCR.

Henceforth, about 247.000 South-Sudanese refugees live in Ethiopia where they represent the refugees’ biggest community in front of the Somalian refugees (245.000) and the Eritreans (99.000).

Still according to the UNHCR, between January and July, about 15.000 Erythreans and more than 3.0000 Somalians arrived in Ethiopia.