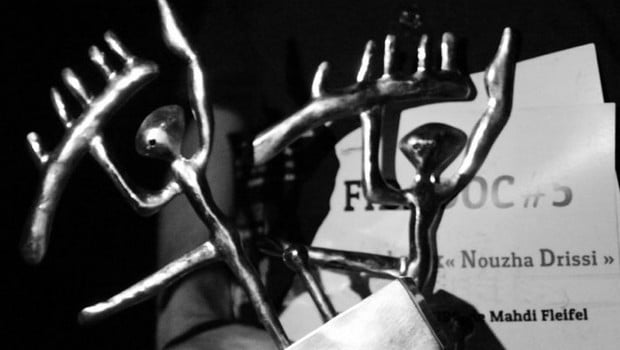 The 7th edition of the International Documentary Film Festival of Agadir (FIDADOC) planned from 4th to 9th May, « gives the floor to the peoples, Palestinian and Egyptian mainly » under the sign of transmission between generations, announced a communiqué received last Wednesday at APS.

The movies signed by young film-makers « will help better knowing and understanding a troubled world« , specified the culture and educational association for audiovisual, organizer of the event.

This edition will be the opportunity « to strengthen the local anchoring, the national brilliance and the international recognition of this first Moroccan event exclusively dedicated to documentary films that has become a major film meeting« , indicated the text.

The official selection by the FIDADOC consists of an international competition, a panorama dedicated to the movies from the Maghreb, the Machrek and the sub-Saharan Africa, and several special sessions in the City hall of Agadir, Brahim Radi room.

The program of the FIDADOC also plans dozens of projections all over the territory of the municipality: Jamal Adorra Complex, Ibn Zohr University, community centers, associative municipal and local complexes during the day and outdoor spaces in the evening.

The programming also focuses on movies by authors and professionals native of Switzerland, Wallonia-Brussels, Spain, France, Finland, « all earger to contribute to the structuring of a real documentary sector in Morocco through sustainable partnerships such as the writing session within the framework the AFRICADOC network« .

The communiqué indicated that the selection of this edition 2015 contains several short-films and full-length films realized by authors beneficiaries of the « Documentary hive » created three years ago by the FIDADOC and intended « to identify the Moroccan documentary makers of tomorrow and to support them in the implementation of their projects« .

This year again, the « Documentary hive » of the FIDADOC will welcome dozens of directors, students, journalists, enthusiasts of documentaries coming from all over Morocco, who during a week, will get the opportunity to make evaluate their movie project by experienced professionals, continued the text.

The edition 2015 of the FIDADOC is sponsored by the journalist and critic, Luciano Barisone, the manager of the Festival Visions of the reality that will come and present a Carte blanche dedicated to this major international meeting of the documentary cinema which 46th edition will take place in Nyon (Switzerland) from 17th to 25th 25 April.

Thanks to the support of the TV2M channel, official partner of the FIDADOC, this 7th edition will be « the opportunity to start new initiatives intended to gather the family of the Moroccan documentary, encourage the development of the national production, and make of the city of Agadir and the Souss Massa Draa region, an excellent center serving the documentary creation open to our neighbors from the Maghreb and the sub-Saharan« , underlined the organizers.