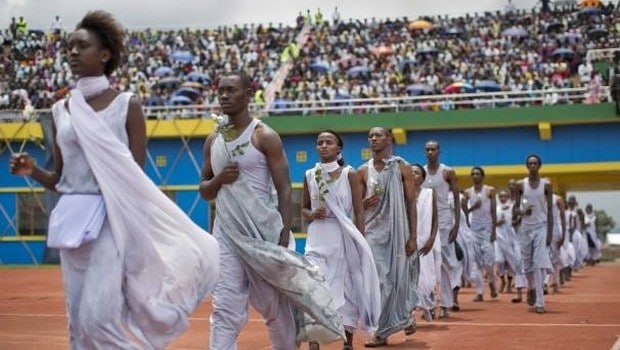 Genocide of Rwanda: 21 years yet!

The Rwandans are commemorating from Tuesday, 7th April 07th 2015, the 21st anniversary of the genocide that caused about one million deaths in 1994. Although not having chosen a specific theme, this remembrance calls out to fight against the devil of genocide.

The president of the Republic of Rwanda, Paul Kagame, proceeded to the lighting of the « flame of the hope » at the Kigali Genocide Memorial Centre. This flame will stay lit during one hundred (100) days to remind hundred (100) days of the massacre of the Tutsi people in 1994.

The president of the Republic also laid a wreath in memory of hundreds of thousands of Rwandans killed during the genocide before observing one minute of silence.

The survivors and the rescuers who helped limiting the tragedy were honored during the ceremony.

The remembrance of the 21st anniversary of the genocide of Rwanda will take a whole week. Evenings, awareness raising sessions and laying of wreaths will mark this remembrance.