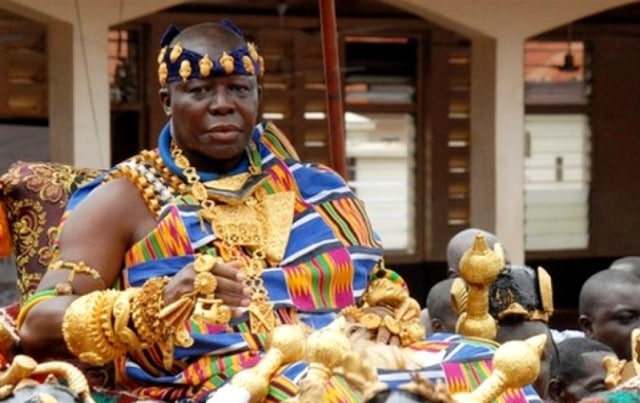 Ghana: Celebration with great fanfare of 15 years of Ashanti King

Ashanti king, Otumfuo Osei Tutu II, reached the throne in the chieftainship of Ghana exactly 15 years ago. Last weekend, the second biggest city of Ghana, Kumasi vibrated at the rhythm of a great celebration in honor of Osei Tutu II

Festivities in the look of a « big festivity in village » which took place at Baba Yara stadium of Kumasi, saw the participation of former presidents of Ghana as Jerry John Rawlings, John Kufuor, the Nigerian former president, Olusegun Obasanjo, accredited diplomats in Ghana, traditional leaders of Iboland and Benin.

In his speech to the audience, Ashanti King, Otumfuo Osei Tutu II, expressed his gratitude to the honorable guests for their presence and congratulated at the same time, those who were present during his enthronement 15 years ago.

For president John Mahama, « Ashanti king is a man of big aspiration », adding that « Otumufuo Osei Tutu II, developed a new dimension in the chieftainship in Ghana, in Africa and in the world ».

King Osei Tutu II, the one that Ghanaian and Ashanti traditional State know at the registry office under the name of Barimma Kwaku Duah, reached the golden royal throne in May 1999 further to the death his majesty Asantehene Otumfuo Opoku Ware II.

Since his entry in the throne, Osei Tutu militated for social development of his country, financing of the talented students of the 10 regions of Ghana. He is a very influential personality on Ghanaian political life because his voice and his directives have a big influence with his people.