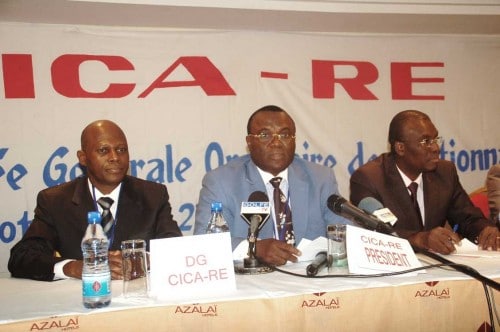 Signals are in the green at the African reinsurer CICA RE. The common  reinsurance company of the member states of the International Conference of Insurances Controls (CICA) announced to have realized a profit of 2, 1 billion FCFA for the exercise 2013 against 1, 4 billion FCFA the previous year.

The excellent financial health of the reinsurer was reaffirmed by its managing staff on 26th June 2014 during the 32nd ordinary general meeting held in Abidjan (Ivory Coast). « The net profit released last year is the fruit of a rigorous subscription policy and the derived effects by reorganization measures of the markets of the CIMA zone « , indicated James Redombo, chairman of the company.