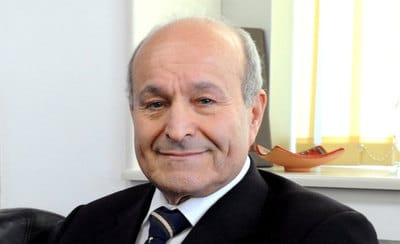 Issad Rebrab: the first Algerian in the club of Forbes billionaires

Issad Rebrab, boss of Cevital, the first Algerian private group, entered the much closed club of African billionaires of Forbes. His fortune is estimated at 3, 2 billion dollars.

Henceforth, Africa counts 27 billionaires (in dollars) compared to 16, a year ago.
Issad Rebrab was born on May 8th, 1944 in Taguemount-Azouz (Wilaya de Tizi-Ouzou) in Kabylia, Algeria. He is at the head of the industrial group Cevital, the most important Algerian private enterprise today, employing 12 000 people in agribusiness, distribution, glass industry or real estate.

Nothing predestined him for such a success.

Coming from a modest family, Issad Rebrab followed studies at professional teacher’s training college. He gave accounting and commercial law courses, but he quickly abandoned them. In 1968, he created his accountancy firm. A customer then suggested him of taking part of his metallurgical construction company. He remembered: « I took calculated risks. In the worst case, I knew I could always return to teaching ».

In 1995 Issad Rebrab became a major industrialist in metal industry. He then underwent a terrorist sabotage on three of his biggest entities. « It cost us approximately 1, 1 billion dinars », he remembered.

Beyond the financial loss, there was also a physical fear. Feeling threatened, he has left Algeria for France for a few months. In 1998, he returned in Algeria and he created Cevital.

He is today at the head of an empire. His industrial pole includes several activities (petrochemistry, steel industry, naval and automobile construction) and of a new town which can accommodate 250 000 inhabitants.

Isaad Rebrab has a prived newspaper “Liberté” and is the president of Hyundai Motors Algéria which he manages with his son Omar.

Today, he wants to invest in France: « we have 1, 5 billion dollars of stockholders’ equity, no debt and we can mobilize several billion dollars to acquire French companies. (…) Algeria has no cash-flow problem. Government and companies are all the same, in situation of excess of liquidity. But we lack technology and technical ability. I wish to buy back French companies which then will transfer their ability in Algeria. They will not however relocate their production which will stay in France. On the other hand, if they are at overstaffing, they can transfer a part of their staff in our companies in Algeria. »

Meanwhile, Issad Rebrab is a man in a hurry: « time is against us. By 2025, we will be 50 million inhabitants and we shall have probably exhausted our oil reserves. We will not have much time for us to diversify our economy. There will be 10 million new job-seekers before 2020, what obliges us to create 1, 2 million jobs a year ».