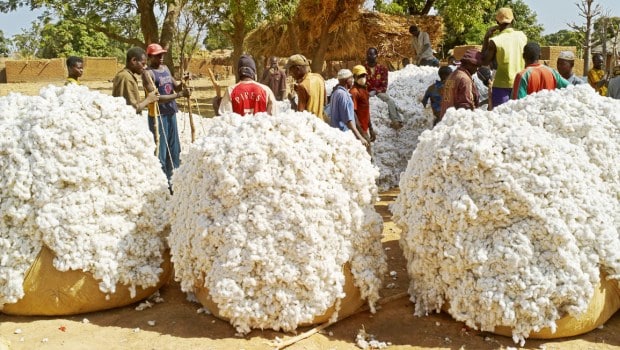 Ivory Coast: become the first producer of the African cotton

According to the forecasts revealed on Tuesday in Bouaké (North of Ivory Coast) by the Deputy Chief Executive Officer of the Council for cotton, Adaman Coulibaly, cotton production in Ivory Coast in 2014-2015 will rise to 450 000 tons.

« For the horizon 2018-2020, Ivory Coast intends reach a cotton production of 600 000 tons », he continued adding that the country is at the work to move from the 3rd position of cotton seeds producer in Africa to the first position.

« We are today the 3rd producer of the of cotton seeds in Africa of the South Sahara behind Burkina Faso and Mali but we are working twice as hard to be at the same level as these countries and why not taking the lead in the cotton production », promised the Deputy Chief Executive Officer of the Council for cotton.

By the way, Dr. Coulibaly exhorted the actors of this sector to work hard in order to reach the goals assigned by the Ivorian government for the horizon 2020 that is to manage to take the lead of the cotton seeds production in Africa.