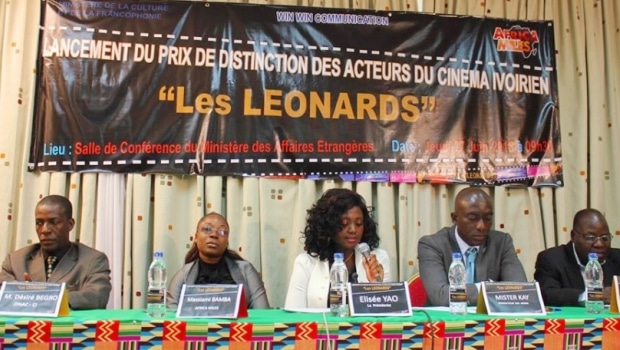 They well deserve recognition and honor, those who make the pride of the African cinema and the Ivorian cinema in particular through their works.

So about twenty and best of these Ivorian actors of cinema were rewarded last Saturday in Abidjan during the first edition of Leonard Evening.

According to Elysee Yao, the promoter of the event, the Leonard Evening aim not only at rewarding the actors of the cinema but also paying a tribute, in his lifetime, to Léonard Groguhet, one of the pioneers of the Ivorian cinema.

The awards were attributed to Léonard Groguhet and Roger Gnoan M’ Bala, while the Grand Prize of honor went to Timité Bassori.

The prize of best scriptwriter was won by Honoré Essoh and that of the best editor won by Inza Ouattara Kenza Kenzo, cameraman-editor at the African News agency (APA).

The late Bakary Doumbia, Ouagolo Soro and Charles N’doumi respectively received the prizes of the best director of photography, the best cameraman and the best sound engineer.

Two special trophies were awarded: one to the Minister of Culture and the Francophony, Maurice Kouakou Bandama and the other one to Bola Abayomi (one of the characters of the movie) Jacob’s Cross, that was special guest of this first edition of Léonard.

Placed under the sign of reconciliation and cinema, the Leonard Evening got the participation of the Minister of Culture and Francophony, Mr. Maurice Kouakou Bandama.

« This awards ceremony for the actors of cinema gives a support to the relaunching policy of cinema initiated by the President of the Republic, Alassane Ouattara« , declared Mr. Bandama, pointing out the importance of cinema in the economy of the United States and Nigeria.

« Our will to support this initiative results from the will to resuscitate the cinematographic industry« , underlined the minister.

The choice of the name « Leonard » delights us as far as it aims at paying tribute to Father Léonard Groguhet who supervised all the Ivorian actors, he continued.

For the Minister of Culture and the Francophony, « Léonard Groguhet is celebrated in his lifetime » and « there is no better consecration« .

The chairman of the jury, Kramo Fadiga, is for his part delighted for this celebration which coincides, according to him, with the 50 years of the Ivorian cinema.

« 50 years ago, the production of cinema was introduced in Ivory Coast by the dean, Timité Bassori« , reminded Mr. Fadiga.