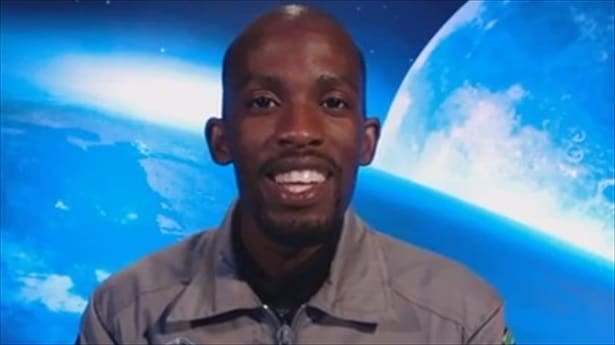 Mandla Maseko : DJ, and the first Black African astronaut to be!

At the age of 25 years old, Mandla Maseko’s life ressembles yet to a dream. This young DJ of South Africa should be the first Black African to travel in the space. He was among the 23 finalists of the Space Academy Lynx Apollo competition in which more than 1 million young people took part worldwide!

Mandla Maseko, nicknamed the “Space Boy”, is a native of Mabopane near Pretoria. He should embark aboard the shuttle Lynx Mark II in 2015. He still has many challenges ahead before being definitely selected, mainly A kit of psychomotor tests of air combat and physical aptitude.

Mandla dares not believe it, he who comes from a modest family (his father is a responsible of a local cleaning team). He remembers that he stopped school for lack of financial support. Passionate about science fiction, Star-Wars in particular, he always takes passion for the space. “I always believes in my good star even if I know that shanty town children could not think they can aim more than big men”, he said.

He very simply applied for the Space academy Lynx Apollo competition in forwarding his picture and his motivations for a travel in the space. “It seems crazy!”

If he achieves his dream, he will be the first Black to embark for the space. Till then, Mark Shuttleworth was the first White South African to have made this travel in the space. This rich philanthropist took part in the Russian mission Soyuz TM-34 in 2002; this cost him the modest amount of 20 million dollars!

Twenty years after the American Bernard Harris, who was the first Black to have travelled in the space, Mandla Maseko wants at his turn to register his name in the history.

It is on good way…  “Here, it seems almost impossible for Black people to become an astronaut. But I am going to a training camp to travel in the space. It is a dream!”