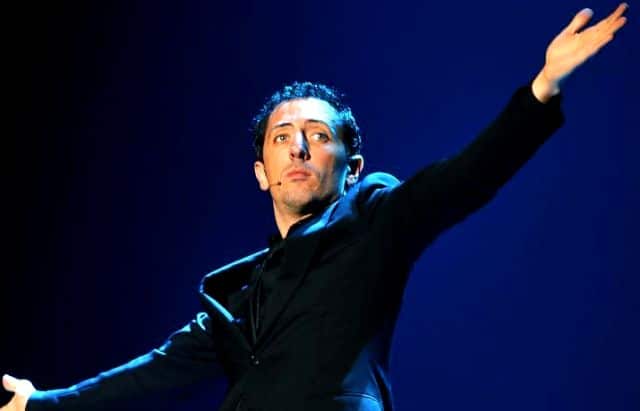 Five years after his last show in his home town, Casablanca (Morocco), the humorist Gad El Maleh fully made a success of his come back during the first evening of his two presentations planned in the economic metropolis within the framework of his show: « Sans tambour » (without drum).

And this true, heavy, indissociable success was not made in the Mégarama small room of eight hundred seats but in the room of the Mohammed V covered sports complex that can welcome several thousand people.

They were thus more than five thousand fans that came to applaud and cheer their « preferred exiled Moroccan« , Gad, the son of Casa, who showed on Tuesday evening that he still keeps his amazing capacity of improvisation and his magnificent attachment to his city, his country but also to the values that show the common identity of Moroccans.

Praising on the occasion all the big cities of the Kingdom, he announced a next tour on a national scale.