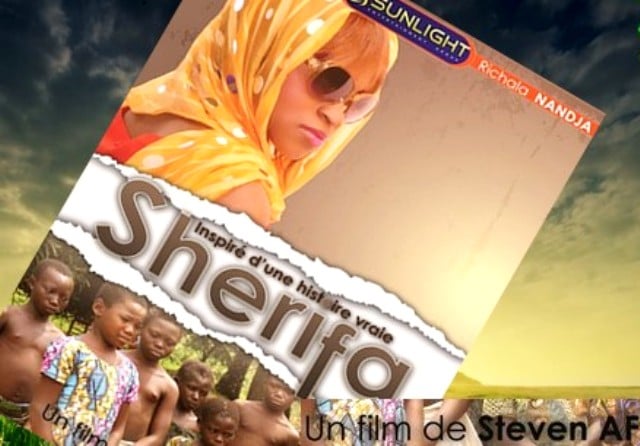 This piece of news should certainly delight the Togolese cinema sector. For first time, a movie « made in Togo« , is shown on Canal +. It is about « Sherifa« , a full-length film of 119 min by the Togolese director, Steven Af, will be broadcast next Friday in the evening on the cable channel.

Released on 26th April 2013 in Togo, the movie « Sherifa », inspired by an original idea written by its producer, Selifa Boukari McGreevy, tells the sad realities in which certain girls in our various societies live everyday. It is a fascinating story of an African girl, victim of her traditions plotting against her fate forever.

« Sherifa » tells about the young Sherifa who, from her childhood, was victim of ill-treatment, excision, forced marriage, rape, pure and simple tradition with all its consequences. The role of Sherifa, the main actress, is interpreted by a 16-year-old teenager in the name of Issifou Karima who is for her 1st film experience as well as the great majority of the actors except for some rare exceptions of Jean-Michel Huet, a comedian from France.

« Through the movie Sherifa, we want to denounce defects as ill-treatment, excision, forced marriage, rape, pure and simple tradition with all its consequences of which is the majority of the girls of Sub-Saharan Africa are victim. As a matter of fact, Sherifa raises the problem of the future of girls especially, African girls, woman human dignity and integrity in our communities in this 21st century », underlined the director, Steven Amouzou Folly alias Steven AF

A true story that wants to bring the general public closer to the customary reality, the movie « Sherifa » was staged in Tem land in Kotokoli language. So, during the shooting of the movie, the production tried its best to point out with exactness the stages of the story that took place in several countries as in Togo, Niger, Senegal and the United States.

The production of this movie got the support of Mrs Selifa Boukari MC GREEVY, a Togolese lady living in the USA who promotes the schooling of the girls.

The movie « Sherifa » is held in a recognized artistic and technical quality and is materialized by the validation and the broadcasting of the work on Canal + channel.

« Sherifa », a movie recommanded to all!