dernières nouvelles
Home / Country / West Africa / Togo / Togo: «One student, one computer», is it a bluff?

Togo: «One student, one computer», is it a bluff?

When announcing a few months ago his ambitious project to equip every Togolese student with a laptop computer, few of his fellow countrymen believed it. And nevertheless on Friday, 13th February 2015, Komi Avodeh, the chairman of the Organization for the Support of the Local Development (OADèB) kept his promises by delivering computer equipment to the first beneficiaries of the project « One student, one computer« .

The acquisition of the new information and communication technologies (ICTS) by the students has become a necessity in Africa with the introduction of the Licence-Master-Doctorate (LMD) universities System. We should note that the IT tool remains a luxury for the majority of the Togolese students.

According to the figures published by the carrier of the project, less than 2 % of the Togolese students of the public universities have a personal computer.

The One student, one computer project has the merit to propose to the students of the public universities of Togo a flexible offer that takes into account their purchasing power. The new computers bought at 250,000 FCFA the unit, will be sold back to the students at 100,000 FCFA.

Conscious of the fact that several students do not have this amount, the OADèB proposes a model of flexible payment.

Indeed, the computers are offered to the learners who will pay the minimum amount of two thousand francs (2000Fper week or less than 300F daily).

Access to the site of the project for more details 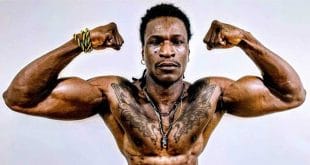